I did something dumb. Something that I will never do again. It caused so much frustration that was needless but, as with many things that I fail at, I’ve learned a great deal in the process.

In a previous post I mentioned how I had come up with a way to deal with an issue with RData files. It turns out - that code was all wrong. I also learned that RData files are not intended for what I thought - general saving of R objects.

You can save any object in R as an RData file. This is true. But the utility of the save() and load() functions is that you can actually combine multiple files into the RData output. This means, for example, that if I had wanted to combine the models and data necessary to replicate a paper I could save them under one file name. That’s useful for specific situations. In my use case, however, I was simply saving data frames at timed intervals after using the twitter API. I thought that I had overcome the problem of named objects by saving each one as a differently named RData file. I was wrong.

Rdata files are unique because, as I said previously, the file type is meant to contain a number of objects if necessary. This means that the file name and the object name can and usually are different. So even thought I loaded a file called “tweets123.RData”, the object that was loaded is called “tweets”. This is a problem because I have 30 objects, all with the same name. So loading them means that they override each other. I eventually came up with a sloppy workaround. Basically, I made an empty data frame and bind each individual data frame to the empty one as the objects loaded. The process looked like this:

This was an annoying - albeit simple step. To overcome this issue in the future I will save objects as rds files. Rds saves single objects, unlike the RData type. This overcomes the name and file issue that I discovered. The process of loading data frames was such a pain because I just wanted it to work right. Now I know, rookie mistake but lessons learned. 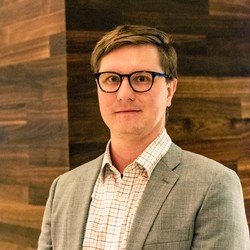 PhD candidate at the Department of Government and Politics in the UMD College of Behavioral and Social Sciences. Studies religious mobilization and computational social science.